On January 17, 2018, Rep. Rooney stated, “you can’t do jack s— for your constituents” without earmarks. Perhaps Rep. Rooney’s successor will find a way to do his or her job without resorting to the most wasteful and corrupt practice in congressional history.

$11,000,000 for the aquatic plant control program, an increase of 22.2 percent from the $9 million earmarked in FY 2017, and the largest amount ever earmarked for this program.

Since 1994, there have been 24 earmarks worth a total of $58.1 million for aquatic plant control projects, including three by Sen. Chuck Schumer (D-N.Y.) and one each by Sen. Patrick Leahy (D-Vt.) and then-Sen. Jeff Sessions (R-Ala.). 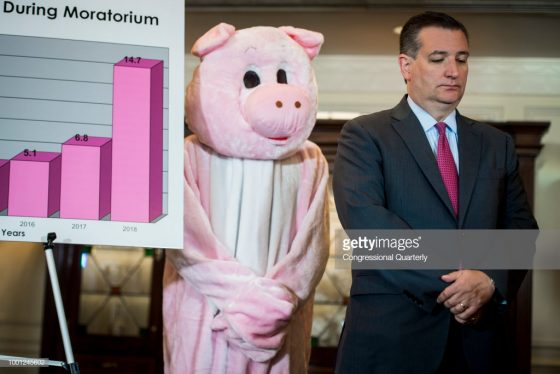 FNC: The federal government is spending millions to save Pacific Coast salmon. And it’s doling out more than $600,000 to kill brown…